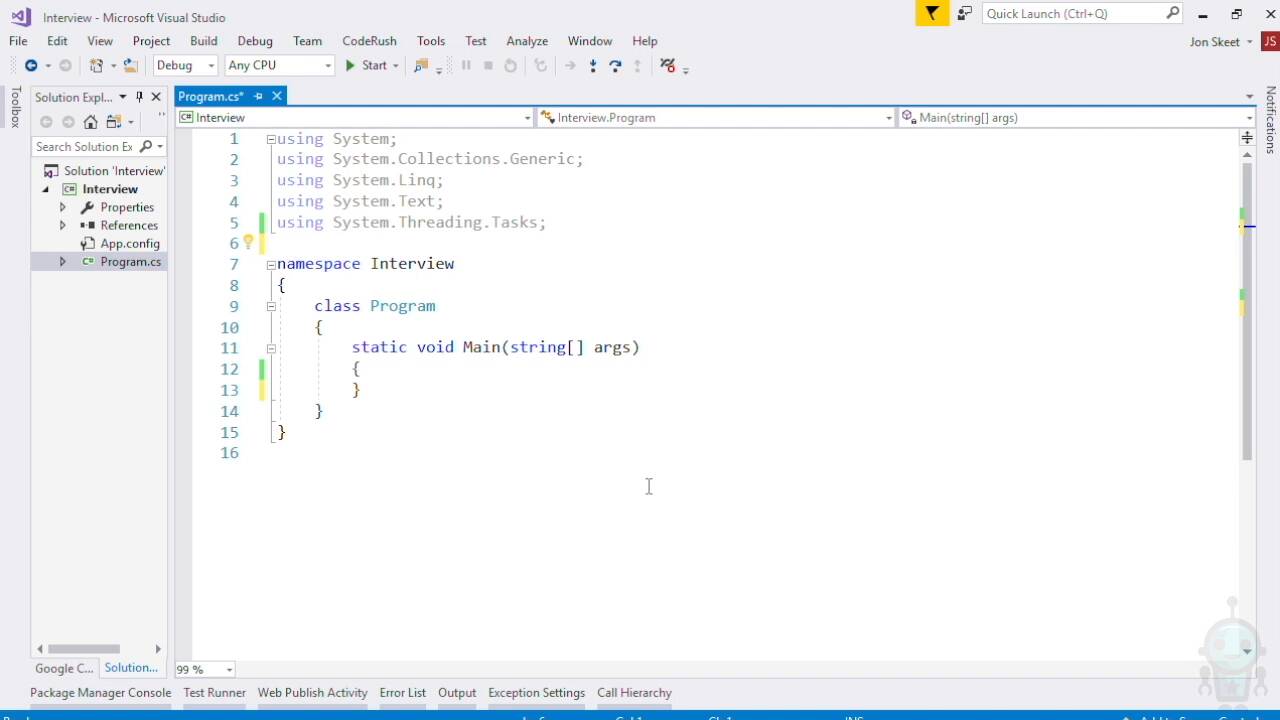 It's time for the dreaded logic puzzle. You'll likely get one of these if you're interviewing at a larger tech company like Google, Microsoft, Amazon or Facebook. Other companies might throw one of these at you too, just for kicks.

The idea here is to dig deep into your logical thinking process, not to actually solve the problem. As you're about to see, thinking about the problem can often be much more fun than solving it.

This video is a long one because the question is designed to take you the entire time to answer - usually around 45 minutes to an hour. If you figure it out, good work!

You’re Jon Skeet… Chuck Norris of programming. You’ve decided to move on from your career as a Stack Overflow freak show so you can star in movies, just like Chuck - but you think you might be able to up his game! You want to see just how high you can jump from a building because YOU are going to be a STUNT MAN.

You’ve decided to come to the US - to Chicago to be specific - to see which floor of the John Hancock building (which is 100 stories high) will be the highest possible floor you can jump from. You’ve been given two crash-test dummy Skeets that will simulate your superhero frame - so if they are destroyed… so will you be destroyed.

Unlike you, these dummies don’t have much resilience - if you drop them too many times and they will also be destroyed! So we need to make sure we drop them the fewest possible times. How many drops will it take to find the highest possible floor…

This is a logic question designed to take as long as you’ve got. There’s no code for this one.