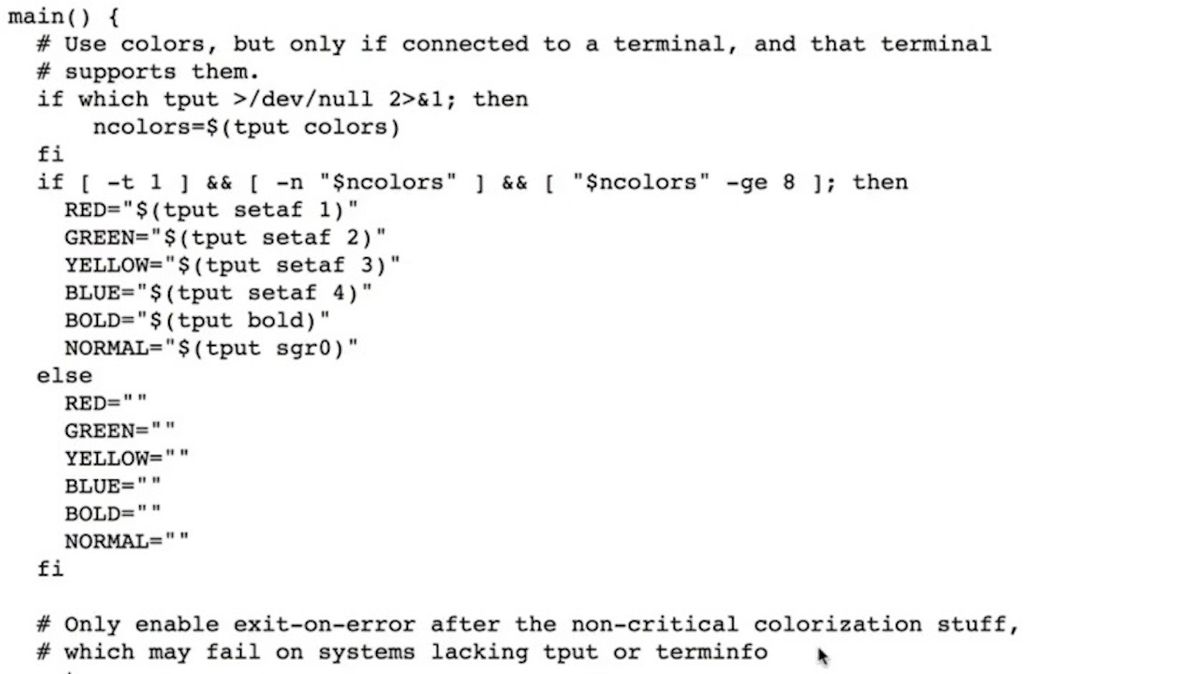 This is a bonus video that's not covered in the book as it's quite visual and somewhat interactive. In short: one of the best ways to learn any kind of programming language is to read what others have done and then try to understand what's going on.

Throughout these videos I've been talking about Oh My Zsh! from Robby Russel. Installing it is simple, but it involves executing a remote shell script downloaded from the internet! Never a good idea. You should be able to read these scripts so you know what's going on, and that your machine won't be compromised in some way.

That's what we'll do in this video.

You can follow along and read the code by heading over to the Oh My Zsh! repo. It's possible that the script might change between the recording date and now, so some patience might be required.

29 - Hands On: Creating a Useful Shell Script
31 - Making Your Life Easier with Make
👋